The cat's silly servant Shel saving seashells on the sea shore saw a swimming soggy moggy. Perhaps I should say a floating soggy moggy? Indeed the cat (a dark grey tuxedo pattern cat) was on the verge of drowning. Wading into the surf Shel pulled the cat ashore "Why Admiral Toronto why are you in the surf?"

Once in the bunker; (yes with the fat but constantly hungry crew of the Catavenger instead of a pantry their food is kept locked in a bunker not a pantry). When they arrived there they noticed that the door was open and inside they found the Captain Of The Guard Victoria munching away on the snacks. "Oh Oh" she commented,"looks like I'm busted!"
"But have you been chowing down it looks like you have whip cream on your lip?" She said noticing the cat's mustache.
Something about the still damp cat didn't seem right to Victoria and she flipped on another of the bunker's two lights.
"Why you aren't Toronto!" Exclaimed the orange Victoria. "Who are you?"
"Who is this Toronto?" In a mix of broken English and Portuguese the strange cat replied. "I am Winston, named that by my parents, although much of my memory from before I was hit on the head and forced onto the slave ship is missing"

"Now that you have eaten let us find Admiral Toronto and see what he has to say."

So the trio set off with the silly human Shel pushing a cart (he had loaded while the cats conversed) full of the still ample cold luncheon.
As they went along they passed members of the crews of the Brigantine Catavenger and the other vessels of the cat's small fleet.
Automatically thinking that Winston was the Admiral they saluted without so much as a second look.
When Victoria commented about this, Shel in his usual dumb manner said "gee I wonder if Toronto will know that Winston isn't himself?"
As a reply Captain of the Guard Victoria told the daft Shel "Shut up and keep pushing the cart!"
Soon they reached the pavilion where the luncheon was to be held.
They saw the Admiral sitting at a table drinking cool catnip tea from a carafe (Shel had set out earlier).
Calmly Toronto arose held out his paw in greeting and shook that of Winston. He gestured for him to sit down, then Saying in perfect Portuguese a greeting with the strange cat's name (his code name which only Toronto would know).

"Welcome brother Winnipeg I was expecting you . . ." 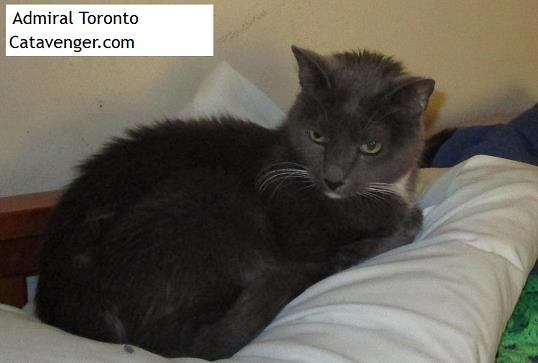 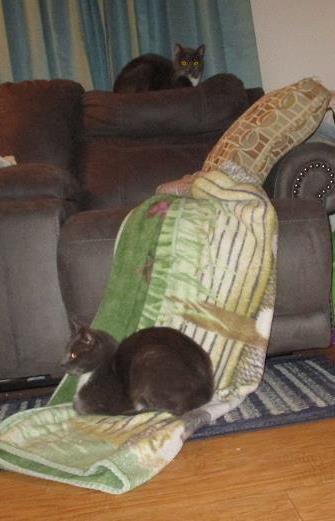 So ends one period and starts another of the Brigantine Catavenger and it's attendant fleet and crews.

Click The Wheel To Navigate To The Next Story: A Sticky Situation

Click the ship to sail back to the start page: